I Found the Wrong Album!

So earlier I was online looking for “Café” lounge music to listen to while I was working. I usually try Grooveshark.com. Of the several hundred results that came up, I randomly chose “Easter Song” by A Man Called Adam. I like choosing music at random; it’s a luxury I take for granted. The song I chose was very relaxing, as if I was in a spa or meditation center. “Bringing me back to life” was the vocal instrument that brought my spirits up throughout the piece. It reminded me of something out of a Paul Simon song. I decided to listen to more of the album it came from, Duende, anticipating more of the same.

The rest of the album was not as down to earth. Things began to sound more like house music, well-meshed with modified drums and bass, electric keyboard, stunning female vocals and an array of acoustic jazz instruments. Jazz is a major influence with this group, and I noticed a lot of electronic improvisation throughout the album.

A Man Called Adam is the brainchild of electronic music artists Sally Rodgers and Steve Jones, a talented duo from Great Britain that made a name for themselves in the late ’80s/early ’90s by uniting Latin Jazz and House music into a groove like no other. A lot of their music samples were original, exotic, and inspired. They released three albums to date (The Apple in 1991, Duende in 1998, and All My Favourite in 2004). Check them out on their website (http://www.amancalledadam.com/) to learn more about their current and upcoming work.

Overall, this album was a well-made tribute to Latin house music; a sangria of house music made with basic groove and acid jazz. While each song had a positive, upbeat flow to it, the first track I heard, “Easter Song,” still set itself apart as the most relaxing track on the album. Ibiza music lovers would enjoy this album a lot, and anyone who needs a reprieve from the modern electronic scene would do well to check these guys out.

This last bit here is an encore track from their latest album, All My Favourite, and it’s called “Yachts.” Enjoy! 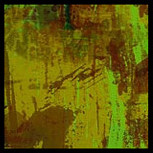 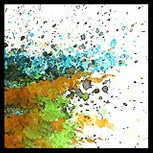 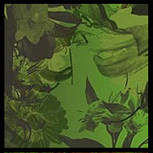